Growing only in the alpine areas of western Tasmania, King William (Billy) pine has suffered enormously from fire.

Unlike the eucalypt/acacia/hakea type vegetation most Australians are used to, which is adapted to – and often fostered by – fire, wet temperate rainforest trees are killed by the first sign of smoke and heat.

Protected in its wet river valley habitat, Huon pine has largely been saved from the huge conflagrations caused by the European settlers, but King Billy pine was not so lucky; fires burn fast and hot up the mountain slopes where the trees live. Scientists estimate that 32% of the entire world population of King Billy pines has been killed by fire, mostly in the last century. But in an ironic twist of fate, King Billies are quickly killed by fire, but not actually burnt up; one of the local aphorisms is that the best way to put out a fire is to put King Billy pine on it. So, the trees stood on the mountain slopes above the Franklin River, intact but dead, forlorn but not forgotten. 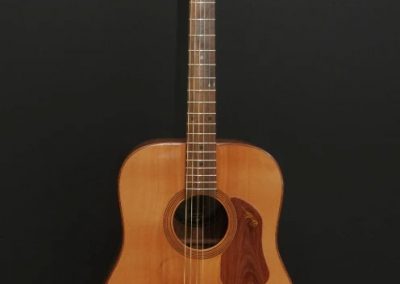 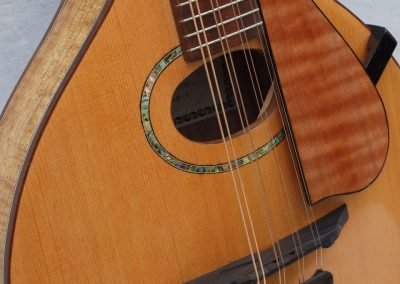 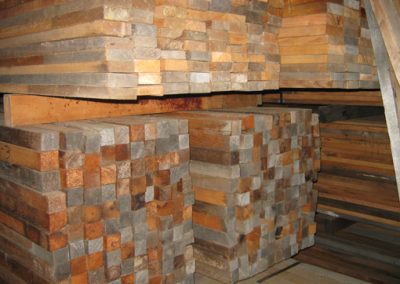 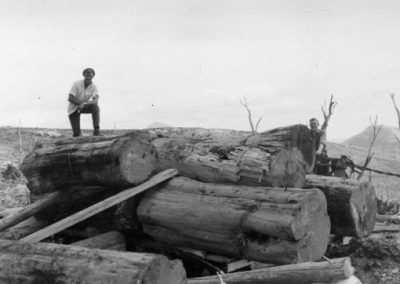 We do not expect to get any more logs of King Billy pine, living or long dead, into our sawmill, and our company takes very seriously our responsibility as custodian of these last precious mountain monarchs. To get access to even a small plank of King Billy pine is to join a very small and select group. The items made from it will be the embodiment of its history.

Remarkably, it is these fire- killed trees which have been the major resource for timber-getters. Bern Bradshaw, one of our company’s founders, is a second generation King Billy pine sawmiller. Unlike Huon pine, where the logs can be floated out along rivers, King Billy pine chooses the rugged western mountain slopes for its home, and vehicles of one sort or another were required to bring the logs to the sawmill. After a major fire ravaged the Raglan Range and nearby Frenchman’s Cap in the 1960’s the Bradshaw family were tasked with salvaging the dead trees, and established an operation famous for its resourcefulness. They cut tracks up impossibly steep mountains and worked for months at a time winching the dead logs up to the top of the track, and then driving them down dangerously steep roadways.

Although not quite as prodigiously old as Huon pine, King Billy pines have been known to grow to 1,800+ years. Similarly, their rot-resisting qualities are not as phenomenal as Huon, but they can be successfully stockpiled for perhaps hundreds of years, an ability unheard-of in most other timbers. Several decades of salvage and careful husbanding of the logs has created a stockpile at our mill, and we believe we are the world’s only suppliers of sawlog King Billy pine. All of the resource – including the hundreds of fire-killed skeletons dotting the western ranges – is now fully protected.